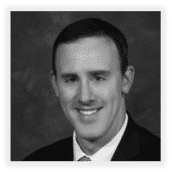 Dr. Thomas Pugh is a board-certified radiation oncologist specializing in cancers of the genitourinary tract, including malignancies of the prostate, urinary bladder, testicle, and kidney. He recently joined the University of Colorado as an Associate Professor in the Department of Radiation Oncology. Dr. Pugh moved to University of Colorado Cancer Center from the MD Anderson Cancer Center in Houston where he had been a faculty member for over five years.

Dr. Pugh’s interests include advanced technology integration into cancer therapeutics, prostate brachytherapy, particle therapy including proton beam therapy, image-guide radiation therapy (IGRT), stereotactic body radiotherapy (SBRT), intensity modulated radiotherapy (IMRT), and integration of medical therapeutics, including chemotherapy and hormone therapy, with radiation therapy. His research has focused on improving quality of life and reducing side effects for men with prostate cancer. In addition to his interest in technical advances in radiation oncology, he is involved in the development of cancer treatment clinical trials for patients with genitourinary cancers.

Dr. Pugh is an internationally recognized expert in Genitourinary Cancer and has served in numerous leadership roles on multiple ASTRO, ABS, and RTOG/NRG committees. He has served as principle investigator on several institutional and national clinical trials including MDACC 2012-1003; MDACC 2012-1013; RTOG 0815; RTOG 1115; and MDACC 2013-0555. He has published over 100 peer-reviewed articles, abstracts, and book chapters.