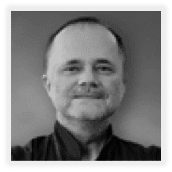 Janusz Skowronek, MD, PhD, is Associate Professor of Radiation Oncology at Poznań University of Medical Sciences and Head of the Brachytherapy Department at the Greater Poland Cancer Center in Poznań, Poland.

In addition to lecturing extensively both nationally and internationally, Dr. Skowronek established and directs the Journal of Contemporary Brachytherapy, a journal entirely devoted to brachytherapy, and is a member of many other editorial boards. He has published more than 100 manuscripts and book chapters, is a member of the Groupe Européen de Curiethérapie (GEC)-European Society for Radiotherapy and Oncology Committee and UROGEC group, vice president of the Polish Brachytherapy Society, chairman of the Polish Oncological Society (Branch of Poznań), and an active member of the American Brachytherapy Society, American Society for Radiation Oncology, and other societies.